IN THIS NEW YEAR,
may you celebrate your birthday
celebrating the sunrise and the sunset
that will shine brightly with your birthday.

May your health increase
exponentially with your wealth
so that you can pay the bill
to get a clean bill of health.

May your blood pressure,
your cholesterol, and your flat lease
never rise,
and may your cheeks,
your teeth, and your stocks
never fall.

May you live at peace with your neighbor,
your in-laws, and your colleagues,
and may the person you see in the mirror delight you
and the person others see in you delight them.

Above all, may you continue to smile,
and may your days and nights be filled with laughter.

May that laughter quicken the zeal
and rekindle the hopes of the person next to you
and lead that person to laugh and smile with you.

And if grief visits you,
may you rise above it, brave and undisturbed,
ever so confident and trusting
in the abounding grace of God.

May you have
a delightful,
blissful,
prayerful
2007.

Listen to ”Man In The Mirror” performed by Rockapella. THE DAY I arrived in Bangkok to begin work on a project, the depression in the city was palpable. Four days earlier, a deadly tsunami hit the country and took with it, amongst thousands, the only son of the much-loved Princess Ubol Ratana, eldest daughter of the king. The traditional Bangkok Countdown marking New Year's Eve was cancelled. The city streets bustled with holiday tourists, but the familiar fever of a festive season was gone. The city—nay, the country, the entire region was in mourning.

This week, nations struck by the Indian Ocean tsunami commemorated the second anniversary of the catastrophe . . . only to be reminded of the fragile status of the region's relief systems when severe flash floods and mudslides hit the Indonesian island of Sumatra and an undersea earthquake threatened northern Philippines.

“O army of God!
When calamity striketh,
be ye patient
and composed.
With perfect confidence
in the abounding
grace of God,
brave ye
the tempest
of tribulations
and fiery ordeals.”
—‘Abdul’l-BaháAs a Southeast Asian, I have been used to natural disasters of varying scale and form. However, the magnitude of destruction of life and property has made the Indian Ocean tsunami the most unimaginable disaster of my generation. What hurt me most was that much of this loss of precious life could have been avoided had there been effective communication channels between the many tsunami monitoring centers around the world. The former director of one of these centers said on the radio the morning I arrived in Bangkok that they had nobody to relay the news of the impending disaster to in Sri Lanka, India, and the rest of Southeast Asia. In the age of information, such statement of fact became unbearable; suddenly, the term “globalization” showed to me its premature, farcical nature.

The tragedy is yet another divine proof of the world of humanity being at one with the world of nature. My visit to Thailand, and subsequently to Cambodia, reaffirmed my belief in the spiritual nature and destiny of Southeast Asia, as shared in the musical production that I co-produced called Breezes and Bridges. Presented onstage eight weeks before the tsunami, the production showcased the spiritual ties that bind the most diversified region of the world.

My first year in India

One year ago, I was lodged in Mumbai's northern suburb Powai and writing my family about the previous night's safe journey from the United Arab Emirates.

I have arrived safely in Mumbai. I felt like travelling in Cebu [cenral Philippine city]! The roads, the trees, the CROWDS, the climate—all are very provincial. Today I will sort out formalities (registration at the Foreigners Registration Office, Philippine Consulate, etc) and get my cargo in.

I am lodged at The Residence Hotel, which is right in the middle of mountains and forests, really, like Antipolo [hill town outside Manila]. The rent on my flat will start on Sunday, 1 January, so I will be in the hotel until then. If you want to hear my lovely voice, you can call me at +91 (22) 2857 5000 at room 707.

Once I get my new SIM, I will text you my new cell phone. Until then, Happy New Year to you!!!


Revisiting another letter that I wrote my friends, I realized that I still carry with me the same fervor that I had a year ago, and that there is still something I need to fulfill.

I have previously been to Mumbai and seen its glorified wealth and stratospheric poverty, so I know that this is the place I want to be in.

This is where I can have a deeper impact, where the balance of my spiritual and material development will again be tried, tested, and put to work.

I will carry with me new insights that I gained in the United Arab Emirates about human interaction and moral leadership, and the beauty of Islam as manifested in the grassroots way of life. (No, I have not converted to Islam, but I love the Teachings!)

Until then, Salam alaikum (Peace be with you) . . . and Merry Christmas!

The season of Christmas 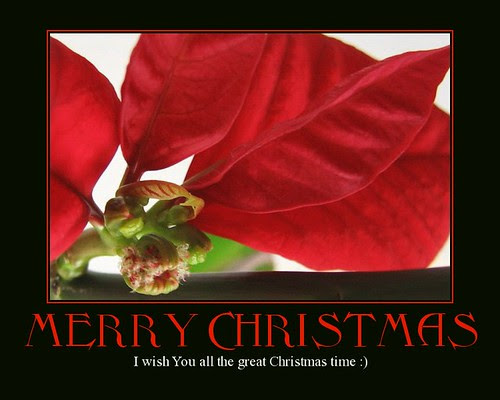 'TIS THE season to be jolly, merry, and bright, so may you all have a week of joy, goodwill, marzapans, fruit cakes, and big hugs from your families and friends!

Here are three of my favorite things to share with you this season:

The night before Christmas

1. My niece Angelica visited me in Mumbai. On these festive days in India (Diwali and now Christmas), being with a family member allows me to grasp the spirit of kinship that the Indians are celebrating with the season.

Angelica, the oldest of my nephews and nieces, stayed for only a day. After shopping for silk scarves at Bandra, a mainly-Christian suburb with funky streetside fashion markets, we spent the rest of the afternoon getting pampered at Abydoss, a wellness center that looks like a house. It was quite pricey, but the relaxation treatment diverted me from thinking of the major disappearance of cash in my wallet.

2. I moved to a new flat. The landlord of the old flat needed to reclaim it, so I had to pack up and move in 24 hours. Fortunately, there was little to pack up, so the move went smoothly.

But not peacefully. Moving houses, it appears, is also a time for noisome celebration in India. From beginning to end, the movers—ten brawny men who could cut rope with their fists—spoke incessantly with each other in Hindi, often at the same time. Their team leader took turns screaming at them and screaming at some poor chap at the cell phone. He was, naturally, being ignored by his team, which made him scream louder.

Two weeks later, my boxes are still unpacked. You know how it is to see a pile of stuff you know you need to adrress and then decide to delay it a little bit because something more pleasant always comes in between. It is called the art of procrastination, and unpacking has got to be listed as one of the world's most procrastinated things.

3. We set up Christmas displays in the stores. It was a colorful affair, with three-dimensional Santas, reindeer, snow, trees, and elves filling the windows, entrances,and staircases. It was also a gigantic test of crisis management and perseverance for me, as I had to deal with a contractor whose sense of timing went berserk and messed up deadlines. To begin with, his snowmen (made of plaster of Paris) kept flaking off, so they looked like they were melting. At one point, I wanted to turn him into a reindeer and make him fly away. Forever.

4. We opened a new store in the northern city of Lucknow. It is the third store that I helped set up during my first year in India. There were lots of fun bonding with my northern team . . . and lots of dust settling in the mugs that we displayed at the entrance. One day, I will write a screenplay about dust in mugs and how they strengthen human bonding. Cesar Buendia will direct it.

Oh, what fun it is to ride and sing a slaying song! Uh, I mean sleighing.