Clash of the Titans

GOOGLE HAS announced a possibility of ending operations in China after yesterday’s disclosure of alleged China-borne cyber attacks on Gmail accounts.  Finally, a giant taking on another giant, each standing on its own moral grounds.  It will be an interesting watch ahead. I just hope the ranks of the unemployed won’t swell.

Since everything now seems to be manufactured in China, its 300 million Internet users shouldn’t despair: they can always end up using a “Made in China” copycat of Google! 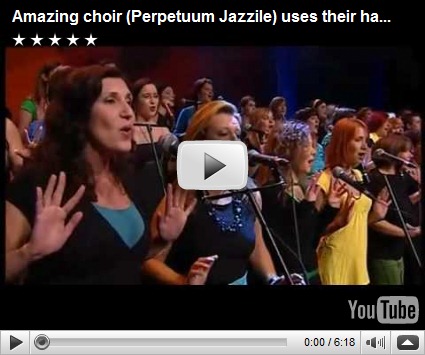 PERPETUUM JAZZILE, a choral group from Slovenia, performs a rendition of . . . an African thunderstorm. It looks easy (and extraordinary!) on video, but having performed in a choir before, I can tell you that this takes a lot of difficult, endless practice to get the coordinated sounds right.

This is excellence in human achievement.  Next, I’d like to hear them do a Mediterranean volcanic eruption and a Mumbai traffic scene.  (Those two actually sound the same.)

Thanks, Norelyn, for sharing the video!

What goes around, comes around

RAHUL, a friend of mine, tells me that he has lost his phone in a public bus.

Somewhere else, a grocer finds a similar phone in his shop.  Finding it useless, he decides to sell it at a nearby second-hand store.

The shopkeeper turns out to be Rahul’s landlord.  He recognizes the phone and immediately contacts Rahul.

Rahul rushes to the second-hand store with the original purchase receipt. By matching IMEI information on both the phone and the receipt, the ownership of the phone is proven.

Rahul then realizes that he has actually misplaced his phone in the grocery store, and not in the bus.  The grocer is just too pleased to see the phone reunite with my friend.

A true story in a place called Kolkata, the original center of the Indian film industry.

FOCAL POINT : Leyla & Ryan Haidarian,
“Beyond King of the Mountain”


Beyond King of the Mountain from Doubletake TV on Vimeo.

DEMOCRACY, FOR all its adherence to the principles of equality and freedom, has repeatedly shown how it leads to such destructive forces as economic inefficiency, short-termism, and “tyranny of the majority".

But do we have a better choice than this form of government?  Can a genuine “by the people for the people” system truly exist in this world, one that is driven by gentleness and justice for everyone?

Filmmakers Leyla & Ryan Haidarian think so. In the new documentary Beyond King of the Mountain, they explore alternative assumptions to democratic rule, begging the question: Can we conceive of democracy that is win/win and non-adversarial?

And do tell me what you think.

HERE IN India, author Chetan Bhagat and the makers of the holiday blockbuster movie 3 Idiots are slugging it out noisily over Mr. Bhagat’s accusation that the film makers did not give him due credit for the story.  The movie is based on the Mr. Bhagat’s debut novel Five Point Someone, but he claims that the movie gives bigger credits to another person.  The film makers have denied this, even posting up a copy of the studio’s contract with Mr. Bhagat on their Web site to prove that they’ve done their fair end of the bargain.

TODAY, I look back at three reasons why the 2000s, for all their triumphs and turmoil, are the most spirited years of my life.


1. Lighting up the terraces 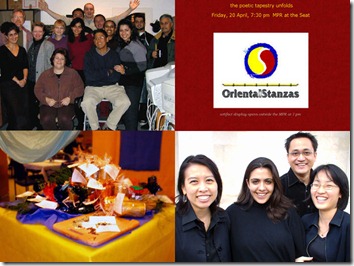 In 2000, I was invited to serve at the Audio-Visual Department of the Bahá’í World Centre, seated on the terraces of Mount Carmel in Israel. The ensuing four years at the headquarters of the Bahá’í Faith remain most spiritually and morally transforming ones. It was also during this time that I began to assimilate new technologies in media. Hello, LiveJournal. Hello, PaulAncheta.com.

2. Linking up the past 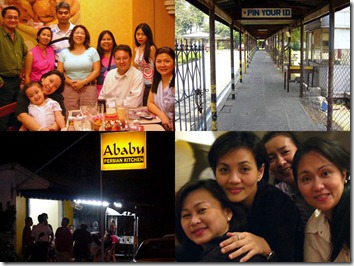 Early in 2005, batch mates from high school and college got together with unprecedented frequency. I hadn't seen most of my high school friends in 23 years, but the anxious moments quickly turned to lasting hours. Childhood and teenage familiarities, after all, never disappear. As Facebook would reaffirm years later, they buttress the links between past and future.


3. Lining up the windows 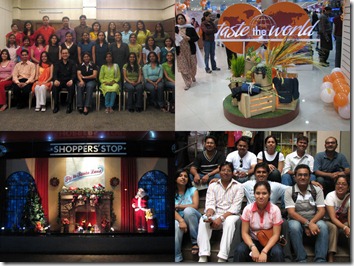 And by windows I mean show windows in India, where I've been trying to inspire (and get inspired by) others in visual merchandising since 2005. This is also the land of creative individuals whose first and lasting idea of "color" came to them as infants--from seeing the sarees that their mothers wore! For a visual merchandiser, it doesn't get any better than this.

AND SO the first 10 years of the new millennium have drawn to a close.  It's been a sensational ride, starting with the Y2K scare, treading on 9/11 and the threat of climate change, and ending with the financial meltdown.  The decade has shown the world changing in ways that we've never seen before, at least not by my generation.