The night I saw Barbra Streisand 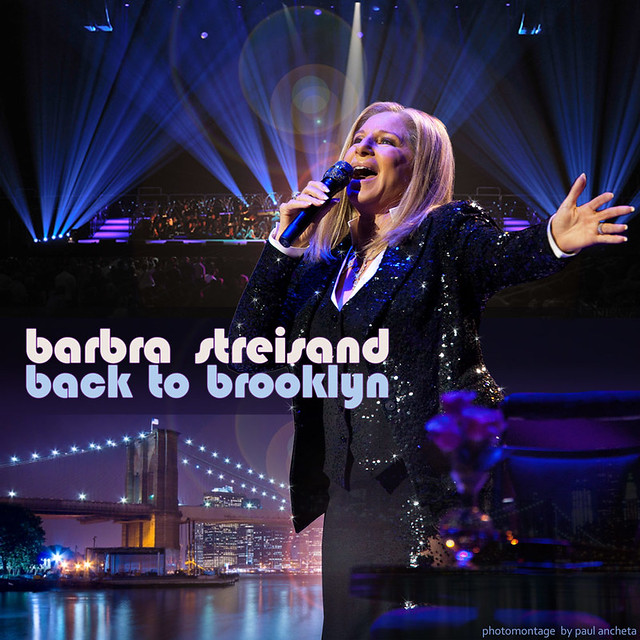 EXACTLY ONE year ago, I watched Barbra Streisand in concert for the first time in my life. I've been a fan since 1980, and seeing her live 32 years later was a monumental rite of passage. As I write this, I can still feel the sensation of complete, mind-blowing, breath-taking bewilderment when she walked out and performed on stage. This was for real. It was a collision at the crossroads of memories of listening to her music, watching her movies, collecting every available memorabilia in Manila, and always getting inspired by her commitment and dedication to creative excellence.

On that chilly October 13 evening at the newly-opened Barclays Center in Brooklyn, the air was thick with excitement. Ms. Streisand had just embarked on a concert tour called Back to Brooklyn, and history was being created that week. Not only had she received rave reviews for the first two shows, she was performing in Brooklyn, her hometown, for the very first time. By then, I had already stopped having grand visions of what the night was going to be. In my younger years, because I lived in the other side of the globe, I never imagined when, where, and how it would be to see her in person.

And so I let the evening run its course. It turned out to be an exercise in suspended gravity over a few hours of mesmeric moments.

Ms. Streisand sang and moved on stage, which was several rows from where I was seated. However, I was so captivated with her physical presence that I couldn't—still can't—remember the order of the songs. I do remember the shock of realizing her small physical size (she's 5'5", tiny on stage), and the disbelief at hearing that familiar speaking voice. She chatted with warmth that made me feel like she and I had known each other personally for the longest time. At some point, I wished for the presence of my parents, siblings, classmates, and all those friends who had helped feed my love for Ms. Streisand through the years. She belonged in their lives as well.

The men and women who surrounded me were mostly as old as or older than me, well-coiffed and well-dressed. This could have been a New York crowd, though I knew from the online fan forums that there were others like me who traveled across the globe to be there. We were all perennially bathed in spectacular red, yellow, and blue lights. (I've never seen such fantastic show of lights in any other concert! They were a remarkable work of art, as you can sense from the Flickr photos above.) Throughout the entire evening, I couldn't shake off the lingering connection with this sonic crowd. I never had a chance for lengthy conversations with anyone—I was too transported—but just being there with them—listening, laughing, shedding tears, and reminiscing misty watercolor memories—was good enough.

When the show was over, I paused outside Barclays Center and observed the unforgettable sight of the concert-goers trekking out, filling the busy Atlantic Avenue and the subway stations dotting it, and literally stopping all traffic. Bridged by our tangible love for Barbra Streisand, we were one exigent community, ardently spanning the distance of place and time. We were very special people, the luckiest people in the world, that night.

Watch the closing number of Act One:

Video: "Back to Brooklyn", Closing of Act One
Source: Paul Ancheta on YouTube.

The unsmiling creeps are, most likely, not Manileños. Most often, they are Promdis who sought and landed low-paying jobs there and are so bitter about their circumstances. They are all such a disgrace and detrimental to the city's tourism industry and must be driven off back to their provinces where they can smile amidst a setting no less than squalid. I should know after having done extensive research for over 2 decades on migrants seeking öpportunities in metro manila.

True Manilenos have a high sense of culture that translates into a brand of hospitality that has been used as a model for impeccable Filipino hospitality. It's about time the Manila government "deport" Promdis working and living in Manila for less than 9 years and impose a "visa" for future encroachments PROMDI - province. ATTENTION: Mayor Erap Estrada and Vice-Mayor Isko Moreno. Manila is the capital of lovely Philippines. It's about time we rid the city of these ungrateful opportunists and install pure-bred Manilenos in all aspects of the city's public service. It must be the first step towards reviving the city that was once the Paris of the east. Control the invasion of promdis that has made the city a veritable dumpsite. Accept only those who have proven to possess the highest level of
moral and intellectual qualities. After all, to be the country's capital is to be obliged to project and magnify the true Filipino way of life to the hilt in all respects.

Thanks for visiting this page! It's been six years since I've written this post. I've been to Manila several times since then, mostly during my annual vacations, and I have mostly become inure to the lack of warmth that I saw back then and has, sadly, continued to thrive in the city we had always taken pride in as a true cosmopolitan hub. You're probably right about the "promdi" mindset, but I'll blame the advent of crass materialism that has taken over the lives of people living in Manila!