The sounds of growing up, Part 2 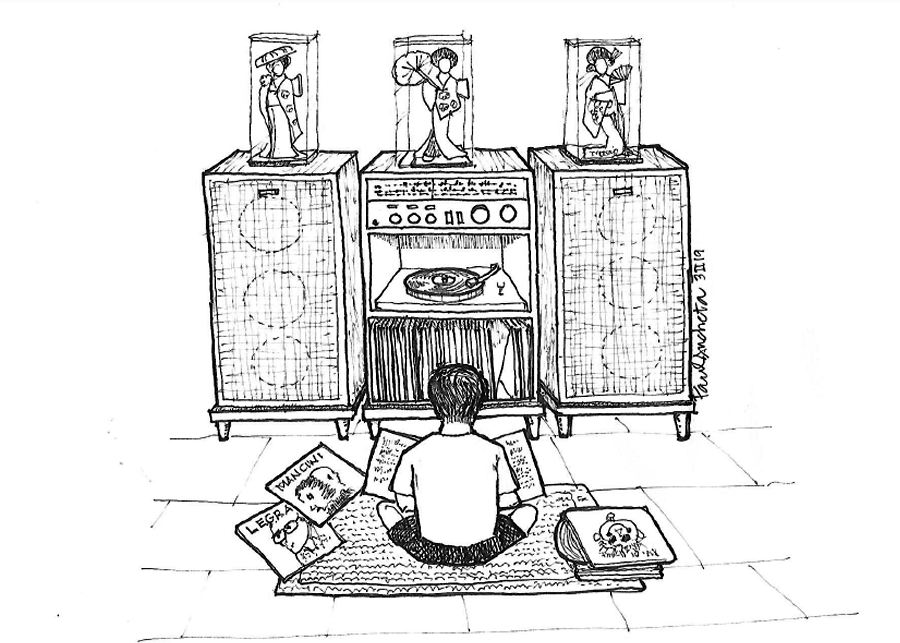 MY PARENTS listened a lot to easy listening music. In the seventies, when everything seemed secondary to Manila's socio-political agitations, orchestral music was the perfect metaphor: it had unpredictable moments, yet it quietly fell into the background, moving along unnoticed unless it skipped on a scratched surface. Moreover, as background music, its sophisticated character matched the formality of family gatherings. (Those were the days of sartorial elegance: people dressed up even for dinner. Mama used to attire my siblings and me in similar, unobtrusive shirts and pants—yet another case of things falling into the background!)

At home, I soaked up the sounds of strings and percussions coming from Papa's Marantz™ and Lenco™ turntables. My parents owned hundreds of vinyl records, open-reel tapes, and eight-track tapes of recordings ranging from Enoch Light Orchestra and Electric Light Orchestra to Nana Mouskouri and Nina Simone. The most frequently played sounds were the lush, sweeping melodies of Ray Conniff, Arthur Fiedler, Hugo Montenegro, James Last, Michel Legrand, Henry Mancini, Mantovani, Paul Mauriat, and Peter Nero. The music of these orchestras all sounded the same, but since Papa played them at six in the morning and in the evenings till eleven o'clock, it became easy for me to figure out which version was playing!

Listen below to two of my favorite tracks from that era, Peter Nero's original composition "A Love That Never Ends" (1972) and André Kostelanetz's version of "Love Theme from Chinatown" (1974).