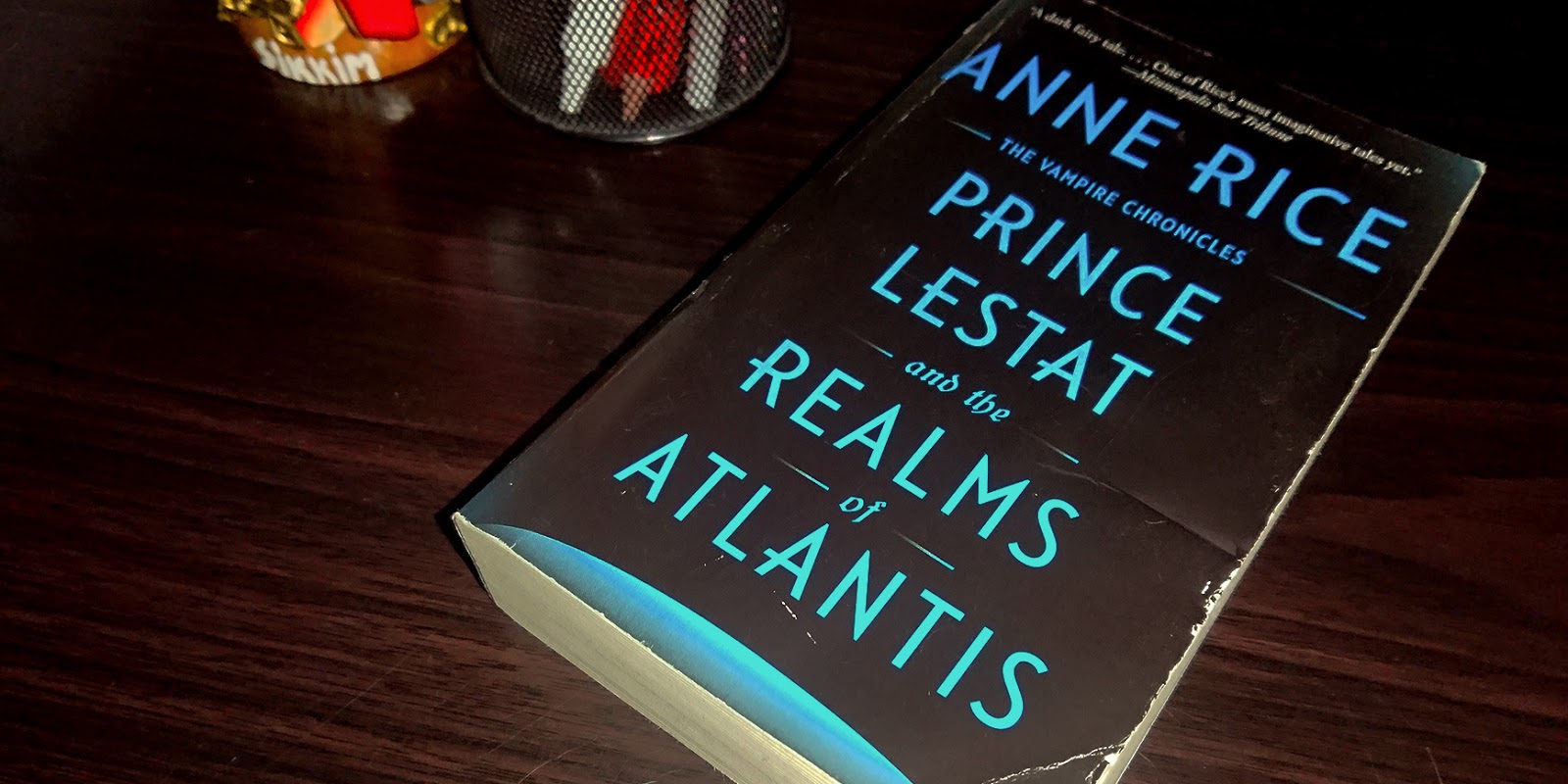 I FELL in love with Anne Rice's gothic fiction after seeing the film adaptation of her first novel, Interview With A Vampire, in 1994. Her writing was both sensuous and sensational, endowing her undead characters with nobility and munificence while plunging them into the insalubrious depths of horrifying and eventually tragic existence. I collected the first six volumes of The Vampire Chronicles, and stopped after moving to Israel in 2000. Physical bookstores eventually disappeared, making it tough to find the new volumes unless I went online. I never had the chance to go back to Ms. Rice.

So how thrilling it was to stumble upon Prince Lestat and the Realms of Atlantis, in a bookstore while visiting Manila late last year. This is the 13th volume of The Vampire Chronicles . . . and possibly the weakest link in the entire saga. Lestat de Lioncourt, the ever-dapper vampire, leads us to a voyage to the mythical Atlantis. In subsequence, we're led to a brave new world of extraterrestrial antiheroes. It's no longer a dark tale: it's become a utopian epic. Lestat himself now appears more sci-fi than gothic.

For those who, like me, read Anne Rice's tales in the earlier days but failed to follow the series assiduously, Prince Lestat and the Realms of Atlantis may look and feel truly alien. I'd rather have a supernatural Lestat than an extraterrestrial one, anytime in any realm.