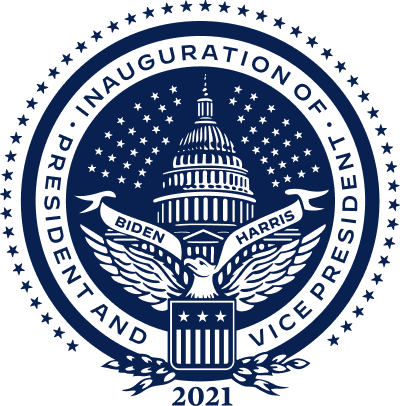 HERE ARE excerpts from President Joe Biden's inaugural address, which I received on email this morning from the Biden Inaugural Committee. President Biden wrote the 21-minute speech with the assistance of speechwriter Vinay Reddy, senior advisor Mike Donilon, incoming Secretary of State Tony Blinken, and chief of staff Ron Klain. The address was described by the New York Times as "a return to the ordinary discord of democracy, with a reminder that politics doesn’t have to be a raging fire, destroying everything in its path."

This is democracy's day, a day of history and hope, of renewal and resolve. Through a crucible for the ages, America has been tested anew. And America has risen to the challenge. Today we celebrate the triumph, not of a candidate, but of a cause, the cause of democracy. The people, the will of the people, has been heard, and the will of the people has been heeded. We've learned again that democracy is precious. Democracy is fragile. And at this hour, my friends, democracy has prevailed.

“ Today, on this January day, my whole soul is in this: Bringing America together, uniting our people, uniting our nation ”

So today I stood on hallowed ground, where just a few days ago violence sought to shake the Capitol's very foundation, we come together as one nation under God, indivisible, to carry out the peaceful transfer of power as we have for more than two centuries. As we look ahead in our uniquely American way, restless, bold, optimistic, and set our sights on the nation we know we can be and we must be. I've taken the sacred oath each of those patriots before me has taken. The oath first sworn by George Washington. But the American story depends not on any one of us, not on some of us, but on all of us, on we the people, who seek a more perfect union. This is a great nation. We are good people. And over the centuries, through storm and strife, in peace and in war, we've come so far, but we still have far to go.

We'll press forward with speed and urgency, for we have much to do in this winter of peril and significant possibilities. Much to repair, much to restore, much to heal, much to build, and much to gain. Few people in our nation's history have been more challenged or found a time more challenging or difficult than the time we're in now.

A once-in-a-century virus that silently stalks the country. It's taken as many lives in one year as America lost in all of World War II. Millions of jobs have been lost, hundreds of thousands of businesses closed, a cry for racial justice some 400 years in the making moves us. The dream of justice for all will be deferred no longer.

A cry for survival comes from the planet itself. A cry that can't be any more desperate or any more clear, and now a rise of political extremism, white supremacy, domestic terrorism that we must confront and we will defeat.

To overcome these challenges, to restore the soul and secure the future of America, requires so much more than words. It requires the most elusive of all things in a democracy. Unity. In another January, on New Year's Day in 1863, Abraham Lincoln signed the Emancipation Proclamation. When he put pen to paper, the president said, and I quote, "if my name ever goes down into history, it'll be for this act, and my whole soul is in it."

"My whole soul is in it." Today, on this January day, my whole soul is in this: Bringing America together, uniting our people, uniting our nation. And I ask every American to join me in this cause. Uniting to fight the foes we face, anger, resentment and hatred, extremism, lawlessness, violence, disease, joblessness and hopelessness. With unity, we can do great things, important things. We can right wrongs. We can put people to work in good jobs. We can teach our children in safe schools. We can overcome the deadly virus. We can reward work and rebuild the middle class and make health care secure for all. We can deliver racial justice and we can make America once again the leading force for good in the world.

So, with purpose and resolve, we turn to those tasked of our time, sustained by faith, driven by conviction, and devoted to one another and the country we love with all our hearts.

May God bless America and may God protect our troops.